Overview of Katib for hyperparameter tuning and neural architecture search

This Kubeflow component has beta status. See the Kubeflow versioning policies. The Kubeflow team is interested in your feedback about the usability of the feature.

Use Katib for automated tuning of your machine learning (ML) model’s hyperparameters and architecture.

This page introduces the concepts of hyperparameter tuning, neural architecture search, and the Katib system as a component of Kubeflow.

Hyperparameters are the variables that control the model training process. For example:

For example, the following graph from Katib shows the level of validation accuracy for various combinations of hyperparameter values (learning rate, number of layers, and optimizer): 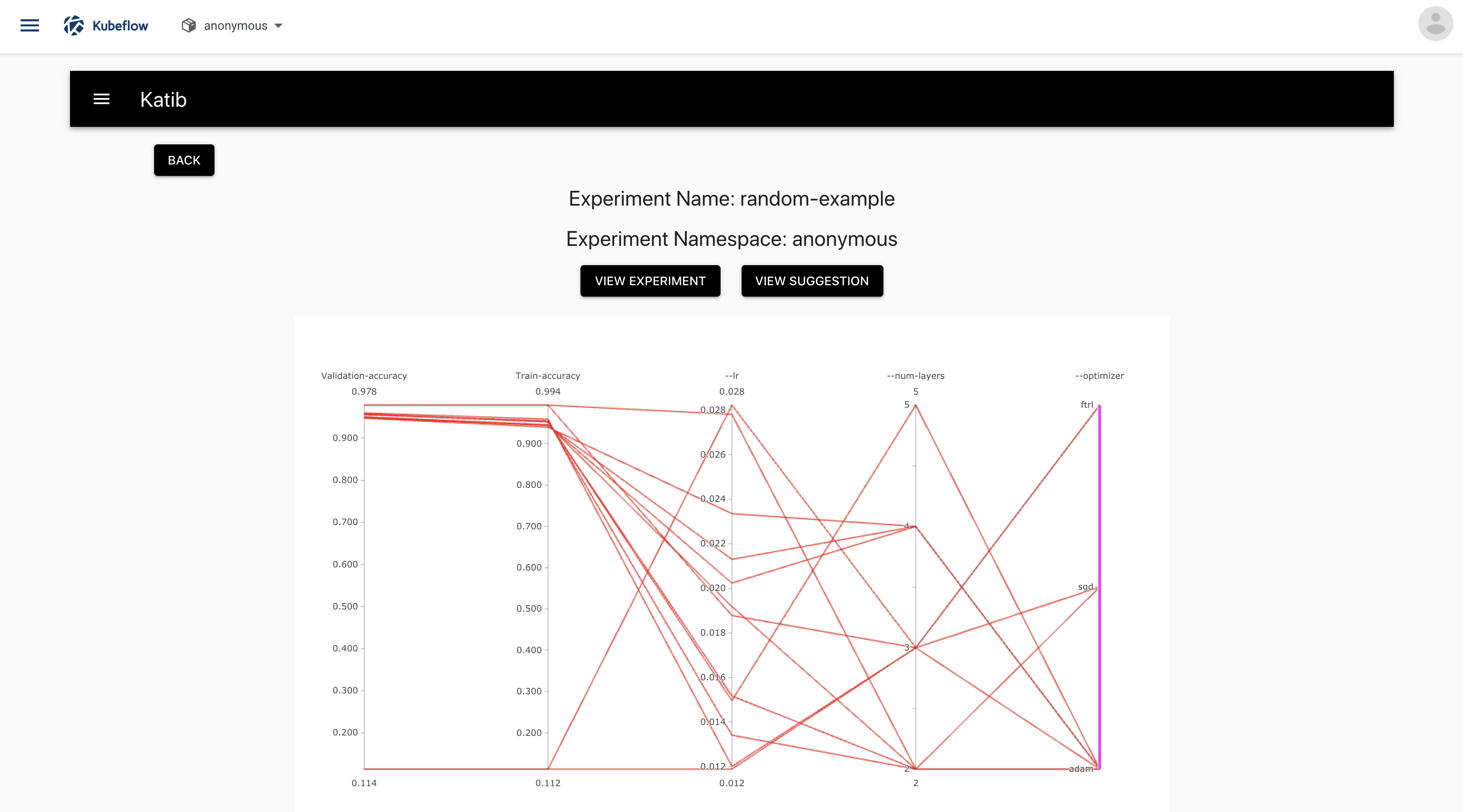 (To run the example that produced this graph, follow the getting-started guide.)

Katib runs several training jobs (known as trials) within each hyperparameter tuning job (experiment). Each trial tests a different set of hyperparameter configurations. At the end of the experiment, Katib outputs the optimized values for the hyperparameters.

Neural architecture search is currently in alpha with limited support. The Kubeflow team is interested in any feedback you may have, in particular with regards to usability of the feature. You can log issues and comments in the Katib issue tracker.

In addition to hyperparameter tuning, Katib offers a neural architecture search (NAS) feature. You can use the NAS to design your artificial neural network, with a goal of maximizing the predictive accuracy and performance of your model.

You can submit Katib jobs from the command line or from the UI. (Read more about the Katib interfaces later on this page.) The following screenshot shows part of the form for submitting a NAS job from the Katib UI: 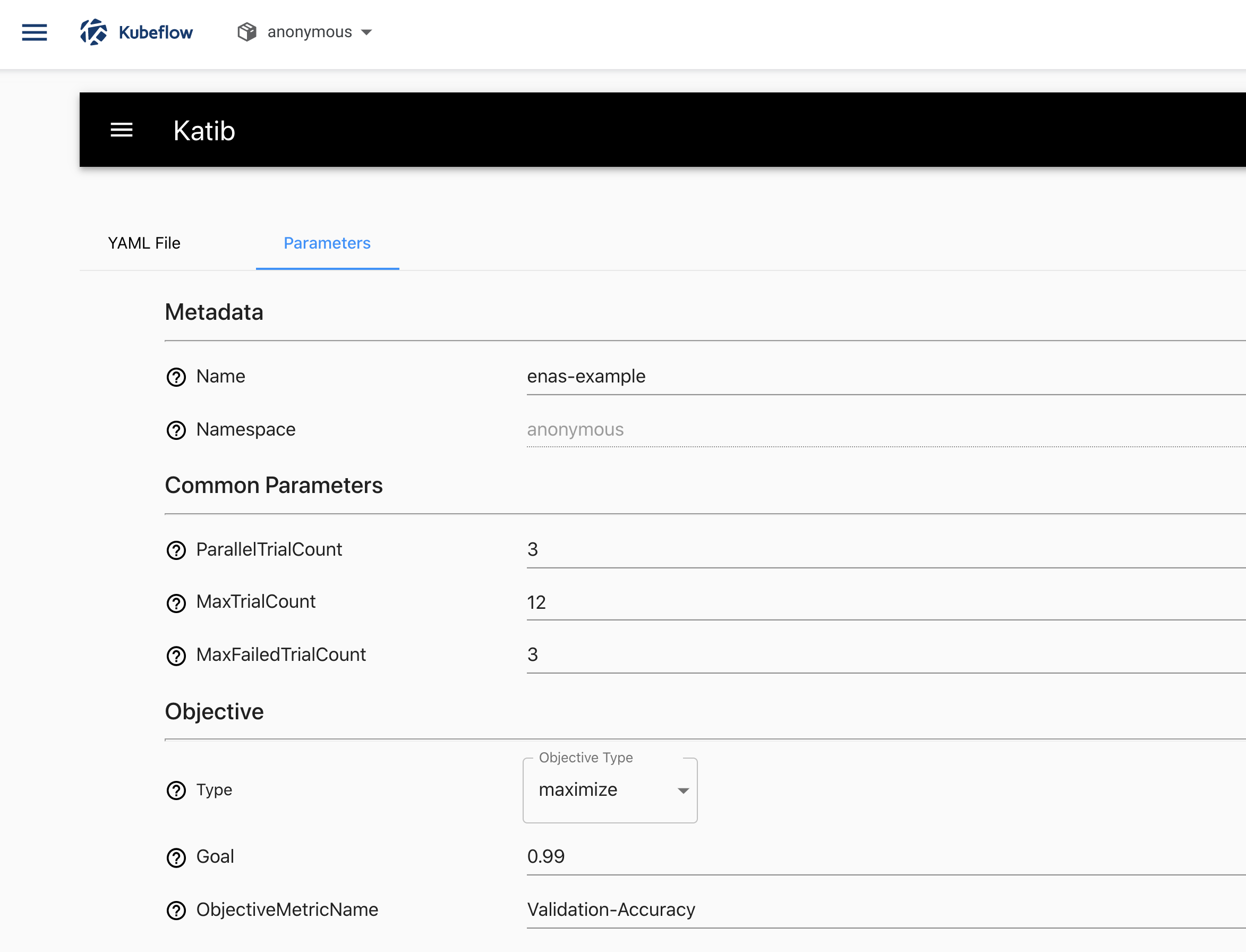 Katib is a Kubernetes-based system for hyperparameter tuning and neural architecture search. Katib supports a number of ML frameworks, including TensorFlow, MXNet, PyTorch, XGBoost, and others.

The Katib project is open source. The developer guide is a good starting point for developers who want to contribute to the project.

You can use the following interfaces to interact with Katib:

An experiment is a single tuning run, also called an optimization run.

For details of how to define your experiment, see the guide to running an experiment.

A suggestion is a set of hyperparameter values that the hyperparameter tuning process has proposed. Katib creates a trial to evaluate the suggested set of values.

The worker job is the process that runs to evaluate a trial and calculate its objective value.

The worker job can be one of the following types:

Follow the getting-started guide to set up Katib and run some hyperparameter tuning examples.

Was this page helpful?

Glad to hear it! Please tell us how we can improve.

Sorry to hear that. Please tell us how we can improve.